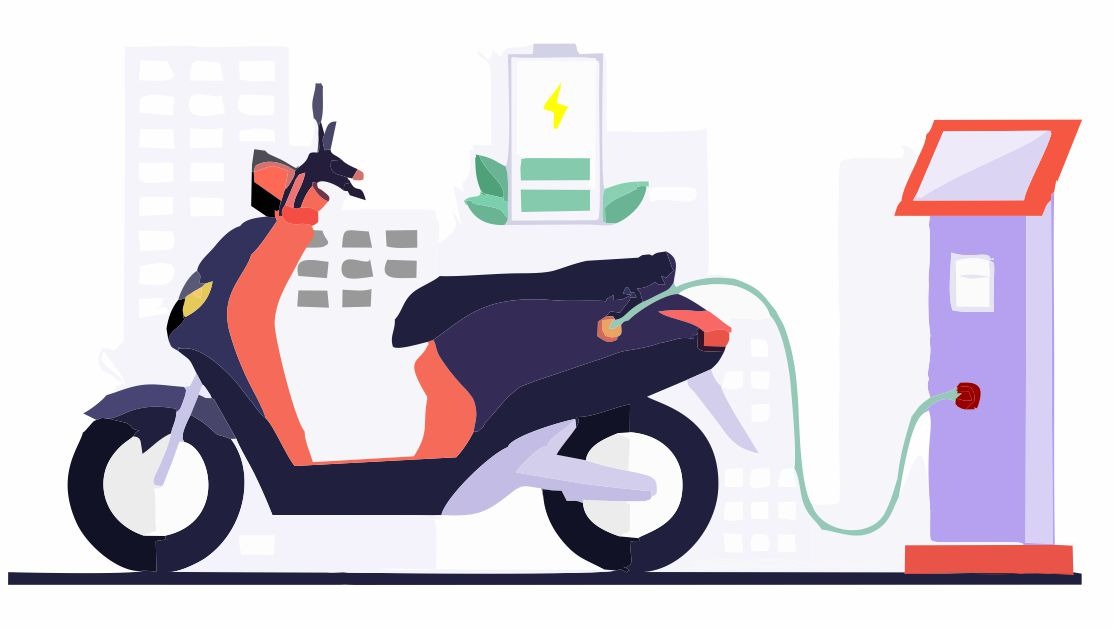 Even though electric vehicles, particularly two-wheelers, have been in the market for at least a decade, the uptakes had not been significant despite the subsidies rolled out by state and central governments. However, with growing awareness, the emergence of technologically sound and efficient vehicles, and the creation of charging infrastructure, the demand for electric vehicles has grown substantially in Gujarat.

Riding on increased demand, the state is gradually building a sound ecosystem for manufacturing electric vehicles (EVs). Gujarat is already home to automobile giants such as Tata Motors, Honda Motorcycles and Scooters India Limited, Hero Two-wheelers, and Suzuki Motor Corporation.
Moreover, the demand for EVs is rising across the country as well. New players have entered the field, the established ones are doing robust business, a policy push from the state and central governments is offering sizable subsidies, and startups are driving innovations in EV manufacturing. These factors have led to the setting up of a wholesome EV ecosystem in Gujarat.

Sales double in a year

Over the past one year, the sales of electric vehicles have shown nearly a tenfold growth within Gujarat. According to the Federation of Automobile Dealers’ Association (FADA), against about 149 electric vehicles — two-wheelers and four-wheelers — sold in the state in November 2020, about 1,755 vehicles were retailed in the same month this year. The number represents a 1,007% growth.

Pranav Shah, the FADA-Gujarat chairman, said: “The demand is bullish and with the latest steep rise in fuel prices, the shift towards EVs is definitely evident.” Shah added: “Subsidies extended by state and central governments under the Gujarat EV Policy and the FAME-II programme have indeed given the needed boost to EV sales.” He went on to say: “As customers have begun realizing the reasonable cost of operation of an EV, the gradual shift is taking place.”

Yatin Gupte, the chairman and managing director of Wardwizard Innovations and Mobility Ltd, said: “The past six months have seen a sudden spurt in demand, not only at the consumer level but also at the dealership level.” Gupte added: “In November, we sold 3,300 units and this month we are eying sales of 6,000 units. Our planned production for January is 8,000 to 10,000 units and about 10,000 for March.” Gupte went on to say: “We are fully booked till March 2022.” Shah said that as established two-wheeler makers launch their EV products, the demand will further increase.

Lack of infrastructure a challenge: Dealers

Automobile dealers suggested that even though the demand is good, the lack of charging infrastructure is still a challenge. “The unavailability of charging infrastructure deters some,” said Pranav Shah, the FADA-Gujarat chairman. “This is especially true for four-wheelers because people prefer travelling over longer distances in cars.” Shah added: “Without charging stations readily available on highways, people are unsure about investing in an EV.”

Even though public charging stations are yet to be operationalized across most major cities of Gujarat, a few home-grown startups are giving the ready infrastructure a push. For instance, Vadodara-based Tecso ChargeZone has already installed a charging network of about 1,000 points across 19 Indian cities.

“The limited number of charging stations is a challenge currently. But with the demand spiking for EVs, the demand for infrastructure is increasing and so is the utilization of existing facilities,” said Kartikey Hariyani, CEO of the startup. “We have seen customers at charging stations from the very first day of installation along the NH-8 between Ahmedabad and Mumbai.” Hariyani added: “Going forward, we plan to add 1,500 more charging stations over the coming five months.”

In July 2021, the Government of Gujarat announced an EV policy. The policy has fuelled optimism not just in dealers but in manufacturers too. The Gujarat Electric Vehicle Policy 2021 provides a subsidy of up to Rs 20,000 for EVs in the two-wheeler category, Rs 50,000 for three-wheelers, and up to Rs 1.5 lakh for cars. Over and above this, the central government has extended subsidies under Faster Adoption and Manufacturing of (Hybrid &) Electric Vehicles (FAME)-II. The amount of subsidy is based on the battery capacity.

According to dealers, this spurs the demand. “Subsidy is one of the biggest factors that has made electric vehicles much more affordable,” said the branch head of an electric two-wheeler maker in Ahmedabad.

he renewed thrust on electric mobility has attracted new players in the recent years. Companies such as Wardwizard Innovations, Odysse Electric Vehicles Pvt Ltd, Matter, and Svitch Energy Private Limited have entered the electric two-wheeler space over the past five years.

In January this year, the Vadodara-headquartered Wardwizard Innovations inaugurated a bigger two-wheeler manufacturing facility with the capacity of 2.5 lakh units per shift per annum. The BSE-listed company, which has had a presence in the EV segment since 2016, is further mulling the establishment of two more plants — one in south and the other in north or east of India.

Odysse Electric commissioned a plant at Changodar in Ahmedabad in 2020 with 24,000 units per annum capacity.

An electric vehicles and electric technology startup, Matter, is also setting up a manufacturing facility near Ahmedabad with an annual capacity of 2 lakh units. Founded by Mohal Lalbhai, a scion of the Lalbhai family, the startup has also readied a plant for battery manufacturing, which is expected to start functioning from January 2022.

A number of startups have flourished in the EV segment across Gujarat and industry experts said that these innovators are among the driving forces for developing home-grown technology and electronics for EVs.

“Instead of focusing on product development, many startups are focusing on innovations,” said Anupam Jalote, CEO, iCreate. “This is broadly seen in four segments: energy storage, energy recovery, energy intelligence systems, and powertrain. This is giving a major boost to the ecosystem here.” Jalote added: “These startups will eventually pave the way for original equipment manufacturers to use India-made hardware and technology and reduce import dependence. “Over the next 3 years, startups in Gujarat will cater to global EV and component makers.”

A number of startups have flourished in the EV segment across Gujarat and industry experts said that these innovators are among the driving forces for developing home-grown technology and electronics for EVs.

“Instead of focusing on product development, many startups are focusing on innovations,” said Anupam Jalote, CEO, iCreate. “This is broadly seen in four segments: energy storage, energy recovery, energy intelligence systems, and powertrain. This is giving a major boost to the ecosystem here.” Jalote added: “These startups will eventually pave the way for original equipment manufacturers to use India-made hardware and technology and reduce import dependence. “Over the next 3 years, startups in Gujarat will cater to global EV and component makers.”

Source : The Times of India